This year marks my 10th year of living in the fabulous city of Atlanta, GA. It’s been a crazy, yet exciting 10 years full of ups, downs, and in-betweens. Through it all though, I always had my music!

Music is my passion, and I even worked as a professional singer for a while, as some of you already know. Music is a hobby now, but it stays in my blood. So, to celebrate these 10 years that I’ve lived in Hotlanta, I decided to put together a list of ten albums that have truly touched, inspired, uplifted me, or made me wanna boogie down over this past decade.

These are not ranked in any particular order, and in all honesty, the list could change depending on the day of the week you ask me. Lol. Anyhow, here goes.

Lady Gaga didn’t look or sound like anybody else when she dropped her debut album, The Fame, in 2008. She had this underground, NYC, dirty pop vibe going on that you couldn’t help but get addicted to. She was giving Madonna and Grace Jones realness.

I loved her singles “Just Dance,” and “Poker Face,” but she really had me at ‘disco stick.’ Oh yes…I loved everything about her sexy song “Lovegame” and its accompanying video. Plus, her blood-filled performance of “Paparazzi” at the MTV VMAs was classic. In my opinion, this is the ultimate Gaga album!

To this day, B’day is my favorite Beyonce album. It’s also the album that solidified me as a Beyonce fan. I wasn’t gung-ho about Mrs. Carter during her Destiny’s Child days. In fact, it wasn’t until her 1st solo album, Dangerously in Love, that I finally started jumping on the Beyonce bandwagon. When she dropped B’day though, I finally realized….this girl is bad!

B’day was like a Janet Jackson album with more hip-hop grit. Bey mixed hip-hop, funk, R&B, and pop with one destination in mind: the dancefloor. There was no way you could sit still listening to “Get Me Bodied,” “Freakum Dress,” “Greenlight,” or the majority of the album. She also gave you plenty of choreo to go along with the songs via her B’day video anthology & her stunning live concert DVD, The Beyonce Experience. Not to mention that her vocals were on fleek from beginning to end.

The album title is quite fitting as well. This record is certainly meant for any birthday celebration. 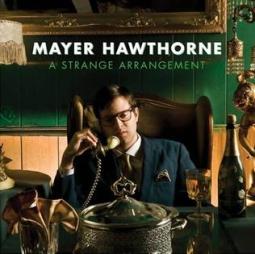 The throwback sound has gotten quite popular over the past few years, but few have been able to capture that sound as authentically as Mayer Hawthorne did on his 2009 debut album, A Strange Arrangement.

When I would play this album around people, they thought I was listening to an old Motown record. Mayer Hawthorne delivered a genuine 60s and 70s soul sound that could easily fit into a playlist of classics from The Stylistics or The Temptations. It is a damn good album!

His vocals aren’t as strong on this album as they are on his subsequent albums, but his voice is still smooth and his harmonies are crazy. If you’re not familiar with Mayer Hawthorne or this album, YouTube him now!

The Emancipation of Mimi – Mariah Carey

Before this album came out, it seemed as if Mariah’s chart-topping success had come to an end. Her Glitter film and soundtrack flopped, her Charmbracelet album tanked, and she had even dropped a greatest hits album (which usually signals the end of a career). But Miss Carey in all her divalicious determination made the comeback of all comebacks with this fantastic 2005 album.

This is arguably the best album of Mariah’s career. There’s not a single bad song on it. The songbird still gave us crazy vocals, hip-hop flavor, and guest appearances from Nelly, Snoop Dogg and more. However, Mariah took it back to the days of classic soul with her live-instrumentation based tunes like “Mine Again,” “Circles,” and “Fly Like a Bird.” It was R&B at its finest.

And of course, this album contains the Billboard top song of the 00s decade, “We Belong Together.” Mimi finally emancipated herself, and it paid off. Thank you for this wonderful album, Mimi 🙂

Back to Black – Amy Winehouse

Imma tell you right now, I wore this album OUT. I still listen to her Marvin Gaye-sampling tune “Tears Dry on Their Own” like it came out yesterday.

Amy was at the forefront of the blue-eyed soul, British invasion with Duffy and Adele right behind her. Her voice was laced in soul, her lyrics were raw, and her lush Mark Ronson and Salaam Remi-produced arrangements (with frequent help from funk band The Dap-Kings) would make any musician excited to play along with the songs on Back to Black.

Amy was truly in a class all of her own. This is one of the best albums of all time by a young lady who had an immeasurable amount of talent. RIP Amy Winehouse.

I grew up with a mom that listened to nothing but country & bluegrass, and I must say that I was never a fan of either of those genres. Eventually, I came to appreciate country a bit thanks to the fabulous Shania Twain. However, it was Zac Brown Band that officially turned me into a country music fan.

Zac Brown Band has a number of great albums, but Uncaged especially resonates with me. Their song “Day That I Die” hits home probably with every singer & musician. It’s a tear-inducing number about fulfilling one’s passion for music up until death. The album fluidly spans a multitude of genres from bluegrass to R&B to reggae. The lyrics are heartfelt, the harmonies are euphonious, and Zac’s voice is one of the best male voices of the past decade. This album even won the band a Grammy, and I’m sure their future will be filled with many more well-deserved awards.

My One and Only Thrill – Melody Gardot

Unless you listen to modern day jazz, you probably aren’t familiar with Melody Gardot…..but you need to be! Her 2009 sophomore album My One and Only Thrill is a masterpiece. Listening to this album, you’re instantly transported into a smoky, NYC jazz lounge. The music is mellow, and Melody’s voice is incredibly soothing.

There’s no belting, no crazy riffs and runs; In fact, Melody doesn’t really showcase much of a vocal range.  However, Melody pours so much emotion into her singing that it still manages to pierce your soul.

If you’re not careful, you might find tears streaming down your face while listening to ballads like “Deep Within the Corners of My Mind” where she coos about missing a lover, or “The Rain,” where she splendidly tells the story of a couple contemplating a breakup. This album will make you want a drink and a smoke. So fix yourself a cocktail, grab a cigar, and enjoy! 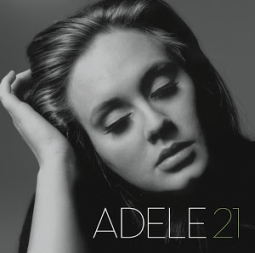 Now I will admit that although there truly are no bad songs on this album, there are a couple I tend to skip over. However, the majority of the songs on 21 are REALLY GOOD. This album is so legendary that there’s no way I could leave it off the list. It was the best-selling album of 2011 & 2012….and for good reason.

Adele gave us pop music filled with soul and minus the gimmicks. No sexualized lyrics, no guest rappers, and no bubblegum. This was grown folks music performed by a highly likable and mature young lady. She was a breath of fresh air in the music industry.

“Rolling in the Deep” became a classic that every person on the planet knows, and yet the album still delivered even more amazing tunes like “Set Fire to the Rain,” and “Someone Like You.” This is an album that pulls at the heartstrings and will forever be a favorite among many.

Meghan has been serving me every ounce of my life over the past year with her debut album, Title. It’s a very happy and sassy album filled with doo-wop flavored tunes fit for a modern day sock hop. I specifically chose the deluxe version because three of the bonus songs (“No Good For You,” “My Selfish Heart,” and “Credit”) are truly the best songs of all and should have been standard on the album. Still, the rest of the album is great.

Her fun and risque lyrics will have you raising an eyebrow at times. Plus, she totally changed the game with her lead single and thick girl anthem, “All About That Bass.” 50s style harmonies, racy lyrics, and colorful videos, what is there not to love about M-Train and her fabulous album?!?! 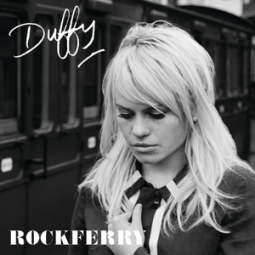 Rockferry is not only my fave album of the past 10 years; It’s also my favorite album of all time. I’ve laughed with this album, felt inspired by this album, and I’ve cried to it more times than I’d like to admit. This is THE tormented lover’s album. Being that I was unhappily in a relationship at the time this album was out, it spoke volumes to me.

Now, Duffy’s voice is highly unique. It was almost too unique for me at 1st, but I got used to it. Her voice really compliments the throwback soul sound of this album quite nicely. “Warwick Avenue” has to be one of the best songs ever recorded, & her tear-filled video for it is absolutely perfect. If you don’t own (or at least stream this album from time to time), then you are truly doing yourself a disservice.

What do you think of these albums?
What have been some of your faves over the years?
Toddley wants to know 🙂

I'm an introvert with something to say ;-) I'm a former professional singer and pharmacy technician turned delivery driver and college student. I'm studying Digital Audiences, and I could talk all day about music, food, Sex & The City, and Breaking Bad. View all posts by Toddley